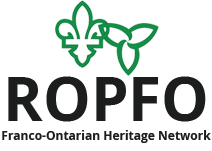 Once you walked through the neighborhood, you will see brick houses. This might cause you to ponder what their history is, whose family lived in it first, and when did they build it. A lot of people who are fascinated with history are interested to know about these things, so we appreciate the people behind House History Ottawa who made it possible to research some of the historic homes from Ottawa.

Marc Lowell and David LaFranchise of House History Ottawa are exploring the roots of the old houses from Ottawa for many years now. With this, they have been kind to impart some of the information to us from the years of their discoveries.

In this article, we will focus on five houses that have a unique story to tell and the variety of structural designs that people see over the years.

The Hall family first moved to 518 Clarence Street and rented it during the late 1890s. From then on, it was passed to various families and is now owned by Serge Bidnyk, who moved to Ottawa in 2000 after completing a degree in Oklahoma.

The house, which was built in the early 1900s, has encountered a lot of renovations over the years. Major repairs have been reported, but the dates of the renovations have not been recorded.

This house is initially owned by John Henry and John Davis and later acquired by the Fielding Public School’s Vice Principal, William Langdon, and his wife.

Both lots are bought by different owners during 1919 for 900 dollars by Caius Roy and John Burroughs. Both are working as clerks for different government sectors. After their deaths, Burroughs’ son bought the other lot and sold it in 1973.

This house has been occupied by a lot of owners throughout the years, making it a historic place that has withstood the test of time. Later occupants, the Pearse’s family, lived in the house until 1966. After them, it was later bought by the previous owner’s uncle.