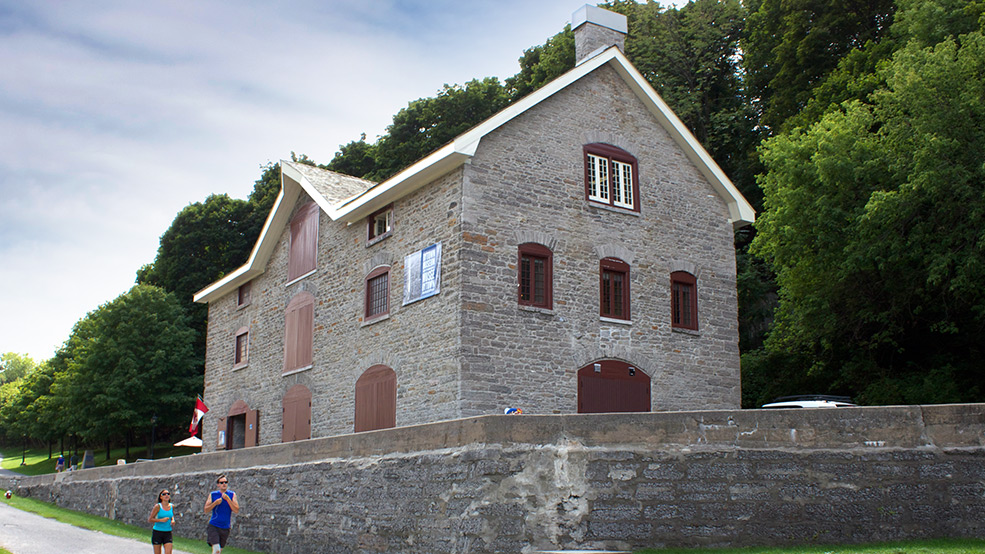 The artifacts that are included in the exhibition comprises of objects that link us to the environment that we are currently living in. They make us one with our society and let us explore our culture. The artifacts will tell you a thing or two about Ottawa and how it is moving forward as a major city. Through this, we have discovered how the city has grown and became what it is today.

This is the case which holds various artifacts that were found from one of the archeological locations of Lebreton Flats. It was known that the area has been through a rough patch in the past and was also a slum area during the 1960s.

It was July 1st, 1967 when Morrison Lamothe Bakery was asked to make a special cake for the Queen for the centennial celebration of Canada. The massive cake was decorated with the Canadian Flag.

The film that was directed by Donald Brittain revolves around the different faces of bureaucracy or the system that controls the society and how it is changing the game for the betterment of the community.

During the 1930s, hundreds of Asian residents reached the area which was later on called Chinatown. With this reason, there are various Asian stores that opened over the years. One of them is the Kwan family’s store which was eventually turned into an Asian eatery in the 70s. The karaoke nights they held every weekend is hosted by their glamorous China Doll.

A housekeeper named Andrew Wright worked as an employee at the Ottawa Mission for 26 years. The cleaning pieces of equipment serves as a memory of this hardworking man who has poured out all his efforts to serve and keep the place clean for a long time.

These are two portraits that have a deep meaning to them and talk about the difference of being an elite and a normal citizen. The portrait depicts two people: one that is well-off and one that has been struggling as an addict. Pictures were shot by Tony Fouhse.

Picture a two-toned stone sitting on a plank of black rack. While it might look somewhat common, it has the power to bring out emotions and make viewers think deep thoughts as they ponder upon what it actually signifies.